One of the most commonly served and underwhelming types of fish is cod. Often of poor quality and not fresh it can be mushy, dry and devoid of flavour. However, thanks to places like Meadowood, you can occasionally get an idea of what makes this fish special.

At Meadowood, one of the two Michelin three-starred restaurants in the Bay Area, chef Christopher Kostow serves cod in a minimalist way. Gently steamed, the fish comes with a barigoule of artichokes and sunflowers. A barigoule is a traditional French dish of artichokes, which features olive oil and often white wine. The name actually refers to a mushroom which is often paired with the dish, but that is another story. Instead of pairing the artichokes with mushrooms, Kostow uses sunflowers that add an unusual flavour to the dish. Like most of his other dishes this is a light, precise and very original dish.

However, as you can imagine with such a subtle dish, it all comes down to the quality and cooking of the fish. And those are spot on. From looking at it alone you can see that this is a fish of good quality and freshness. The way in which the meat separates into slivers that retain a pretty firm bite further confirms this. Finding such beautiful cod is not easy, and speaks for the quality of produce at Meadowood, which is generally very high. However, what makes the dish into something even more interesting is the pairing with the barigoule. Due to the fact that the sunflower is used, the barigoule has a flavour you don’t often get to it. Furthermore, it is a pretty light garnish, both in terms of calories and flavour, which lets the cod stand out.

It’s a dish that features a very unusual flavour-profile, of nuanced and subtle bitter, acidic and fresh flavours that conrast with the clean flavour of the fish. Furthermore, due to the perfect balance and the great quality of the cod, this dish is of truly memorable quality. 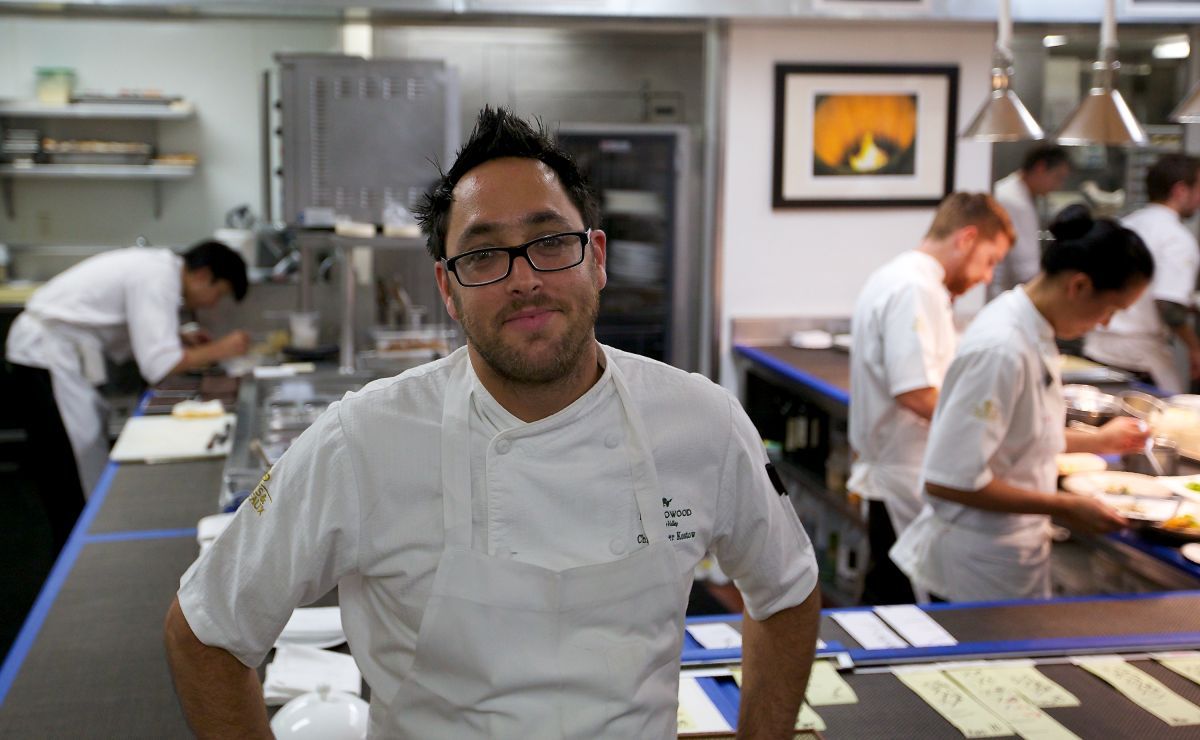 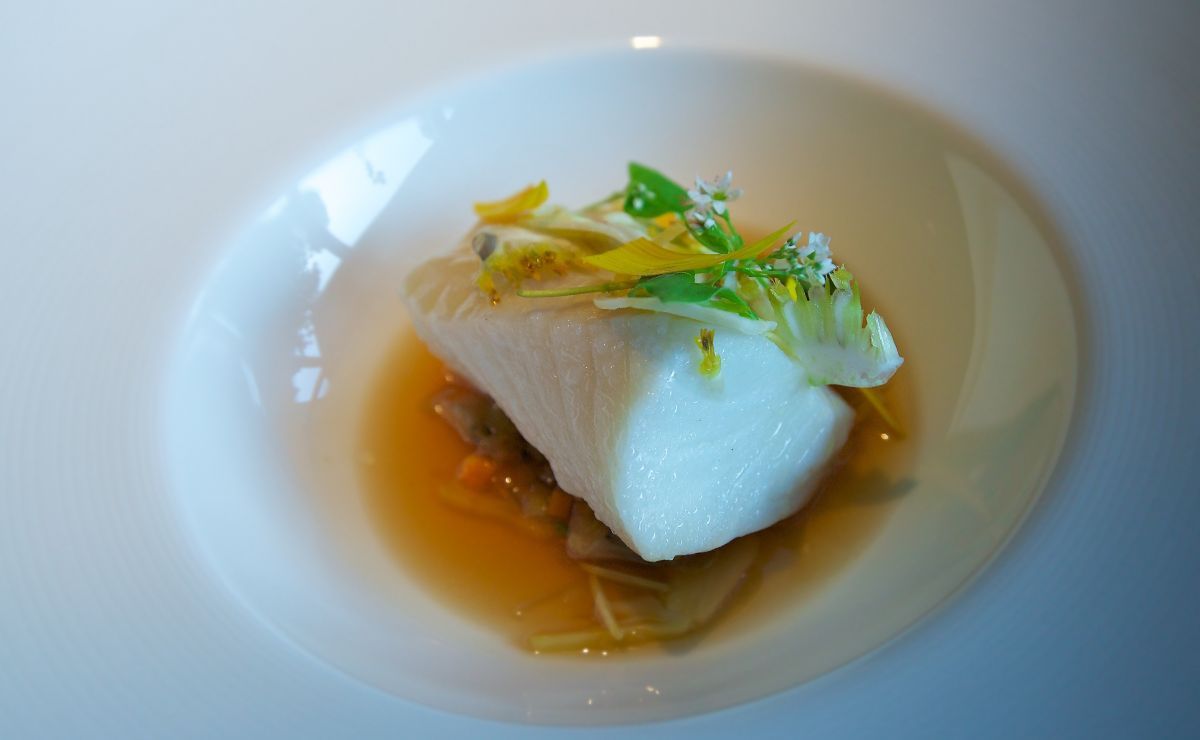 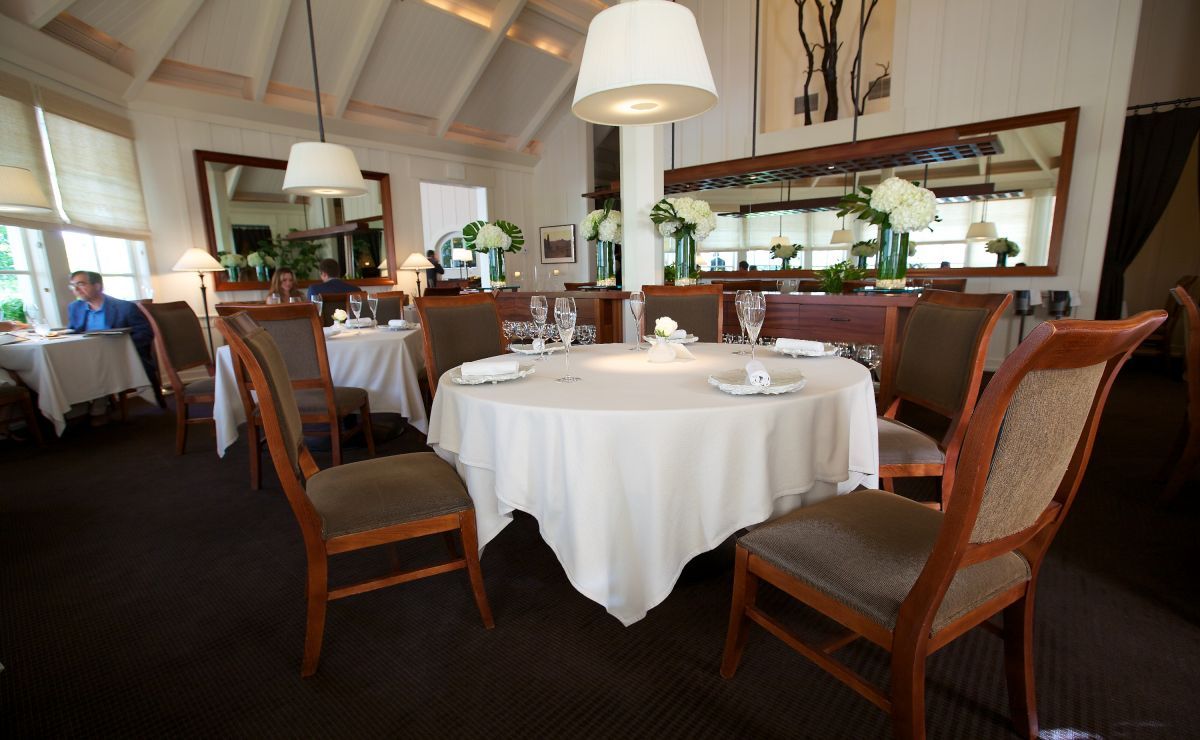 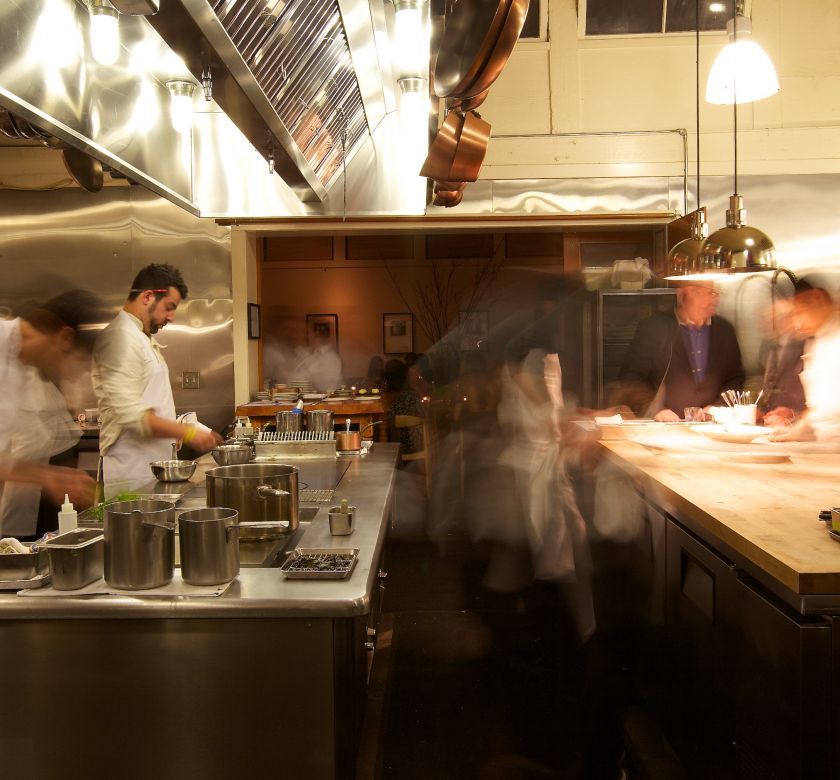 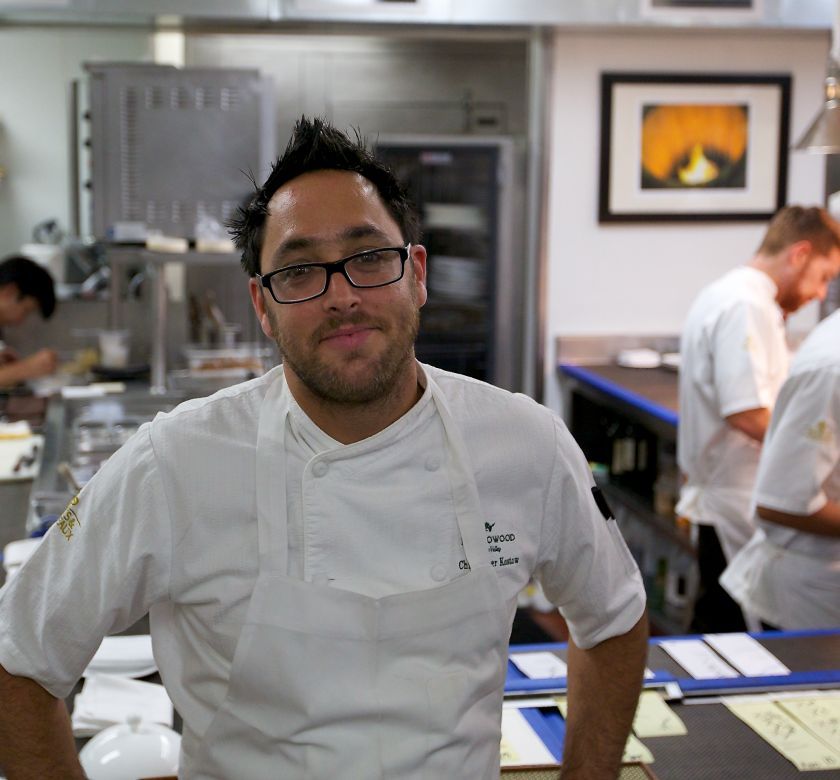 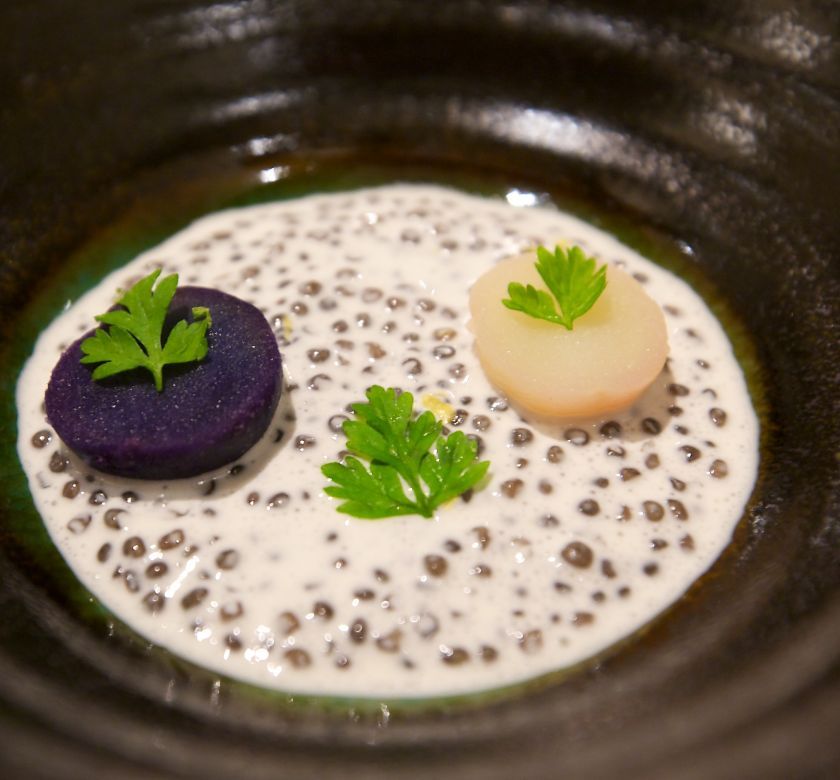