In the restaurant-business having stories to sell, and running a successful PR campaign has become ever more important in recent years. Epitomising this is the San Pellegrino The World’s 50 Best Restaurants list that has made clear that cooking is not really what is judged here, and that fame depends Twitter, Facebook et al., rather than product quality, and cooking technique.

One of the darlings of gastronomic journalists and bloggers is Massimo Bottura. Chef of the Osteria Francescana in Italy’s Modena, he is a fascinating figure. Having briefly worked with Alain Ducasse at the Louis XV in the mid-1990s, his charisma, and eloquence have made him Italy’s most prominent modern chef. He is a frequent visitor to international gastronomic conferences, where he colourfully explains his cooking philosophy. Bottura draws inspiration from music and art, and is a thoughtful chef who wants to push Italian gastronomy forward. Whilst all of this gives you plenty to write about, and listen to, it has very little to do with what ultimately ends up on the plate.

The result is, dare we say, often a little underwhelming. A dish that has come to symbolise Bottura’s region, the Emilia Romagna, and his cooking is built around five different preparations of Parmesan. Using Parmesan of five different ages, and preparing each one differently, this dish is conceptually interesting. The flavours, however, feel a bit monotonous, and dull. The various components mainly create textural contrasts, but this conceptual dish lacks the intensity of flavour, and complexity of a former Mugaritz dish based on tomatoes for instance.

Another dish that plays with a concept, is Bottura’s visually arresting Caesar’s Salad: A lettuce is placed on the plate and it looks like it has not been touched at all. A closer look reveals that all of the classic ingredients of this classic are placed in between the leaves. Whilst there is not much to criticise here, this is hardly different from a Caesar’s Salad in which you see what you eat.

At this stage a meal at the Osteria Francescana seems remarkably inconsistent. The vast majority of courses seem to be built around ideas such as the lettuce or the salad. The stories accompanying dishes therefore seem essential, as the food itself is worth no more than one or two Michelin stars.

A dish called “All the tongues of the world” evidences that Bottura is capable of producing highlights with witty ideas. A superb piece of beef tongue is served with a handful of condiments that draw inspiration from various cuisines of the world. Every bite therefore results in an entirely different set of flavours, making this a case in point that some of the abstract ideas Bottura ties to his dishes can work.

Also very good is his lemon tart. Made to look like someone dropped the tart, it is in fact, a very clever reconstructed lemon tart that has been spiced up with a bit of bergamot, apple, and salted, honeyed capers. This is a remarkably carefully judged combination of flavours that takes a very well known dish, and gives it an entirely new twist.

The atmosphere in the restaurant is a little odd: located in an old building in the centre of Modena, the decoration is resolutely modern and somewhat disconnected from its location. The clientele seems equally deracinated, as it largely seems to be composed of people who come here to have been to the Osteria Francescana. As is often the case, there are few locals in a dining room such as this.

Our journey through Italy’s 3 Michelin-starred restaurants has been marked by inconsistency: from the superb cooking of Massimiliano Alajmo, to the pedestrian food of Reale this is a country that seems to have a twisted relationship with tradition. L’art pour l’art is the best way to describe much of Italy’s top restaurants, and Osteria Francescana is the perfect example of this. Appealing to a group of well-travelled, trend-seeking groupies, this restaurant is capable of brilliance, but mostly fails to live up to the billing. 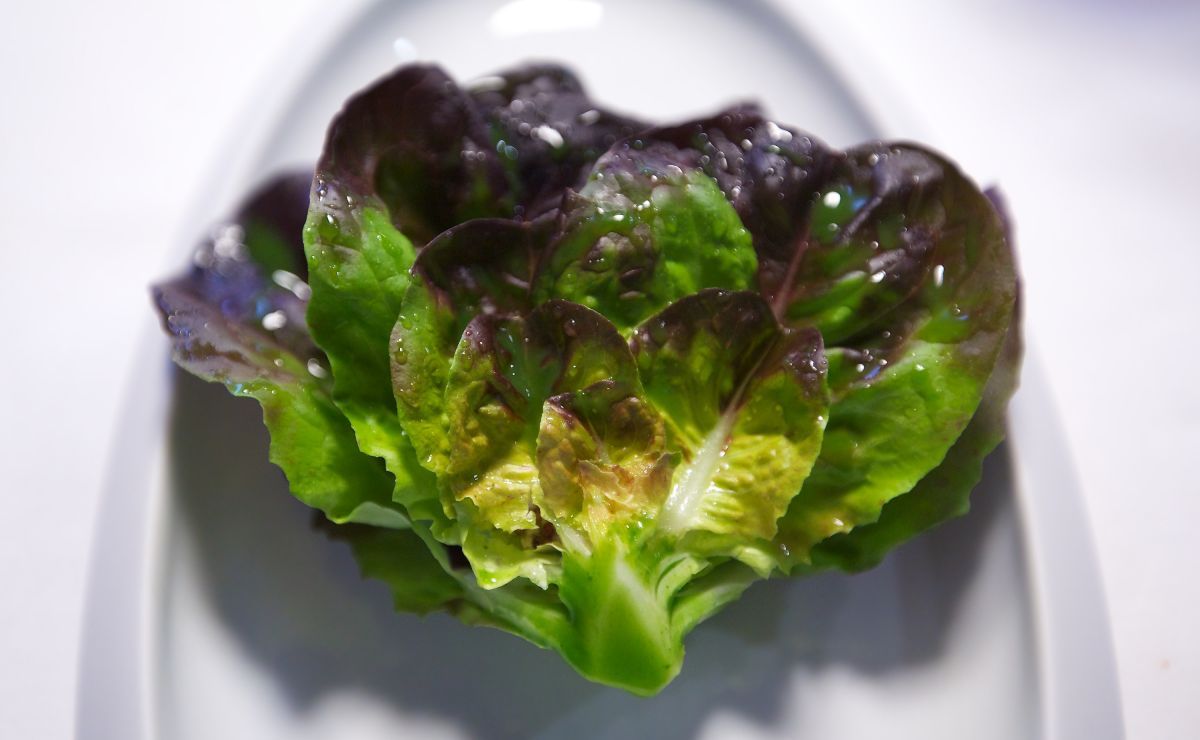 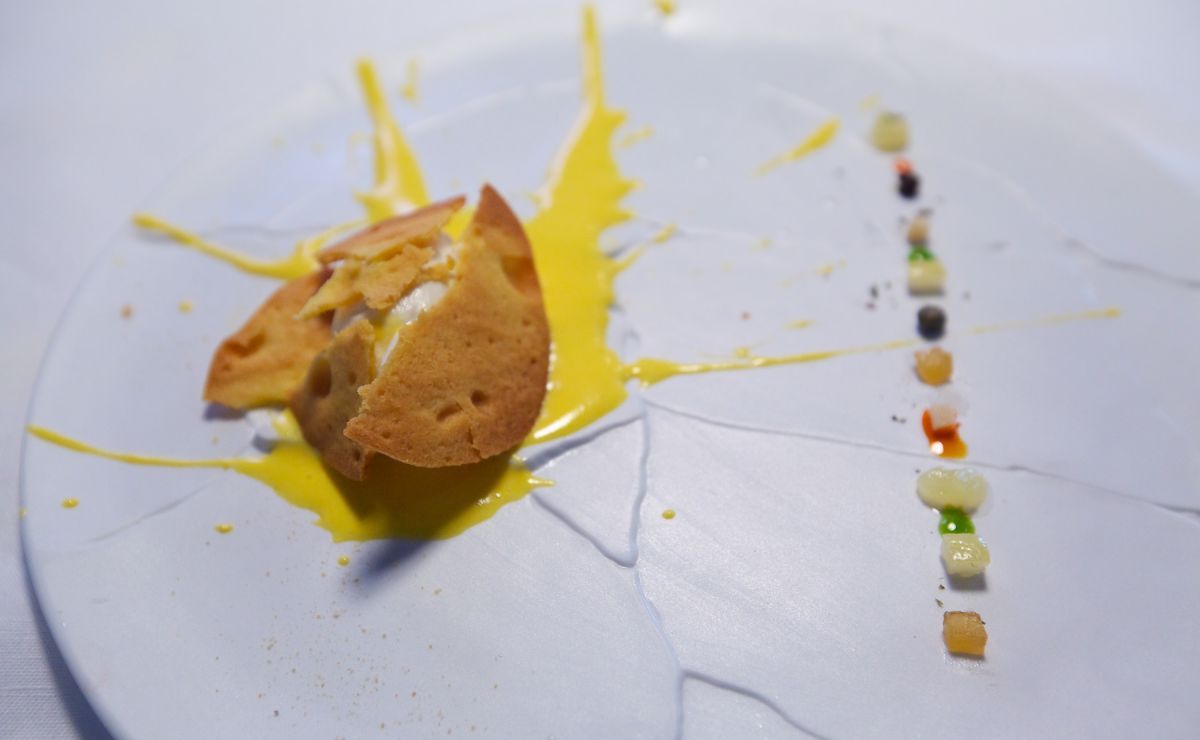 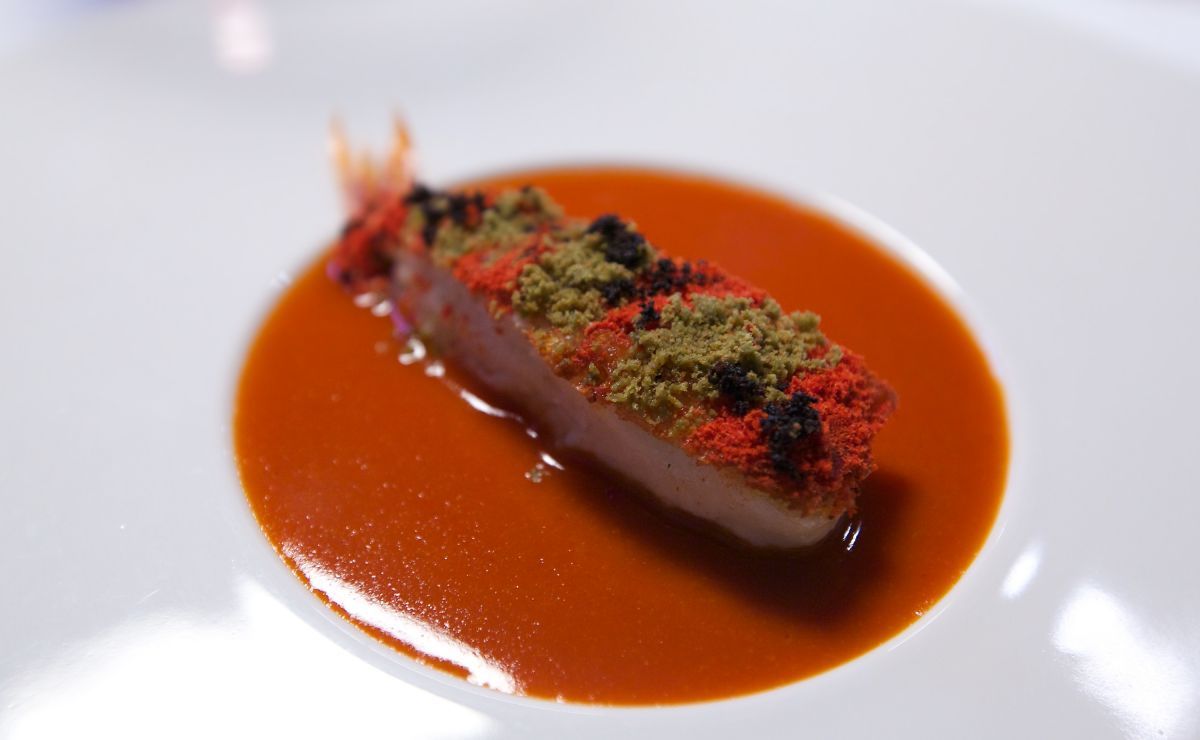 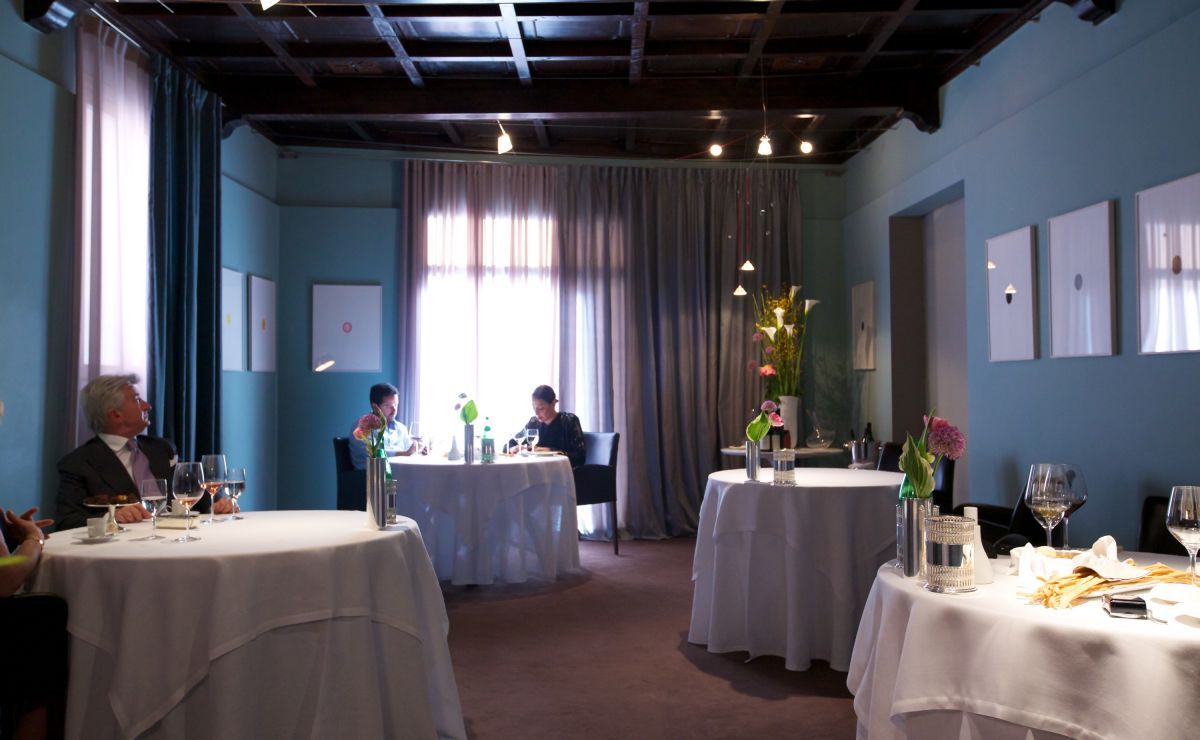 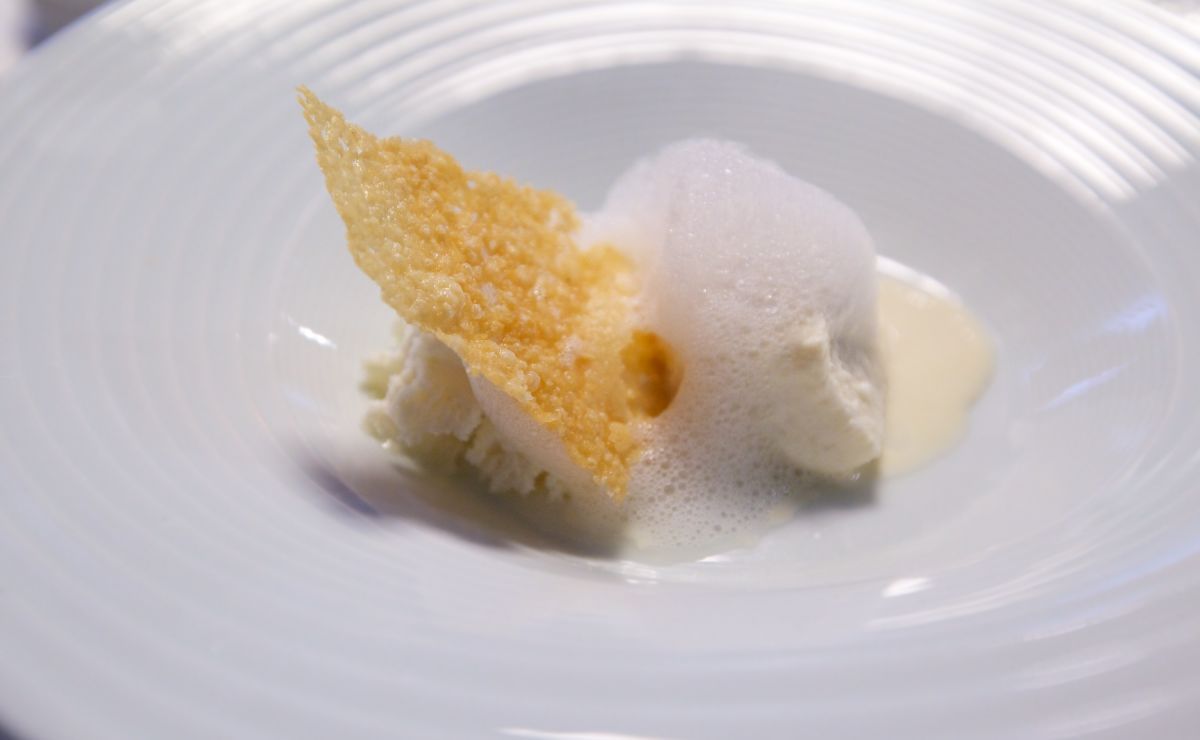 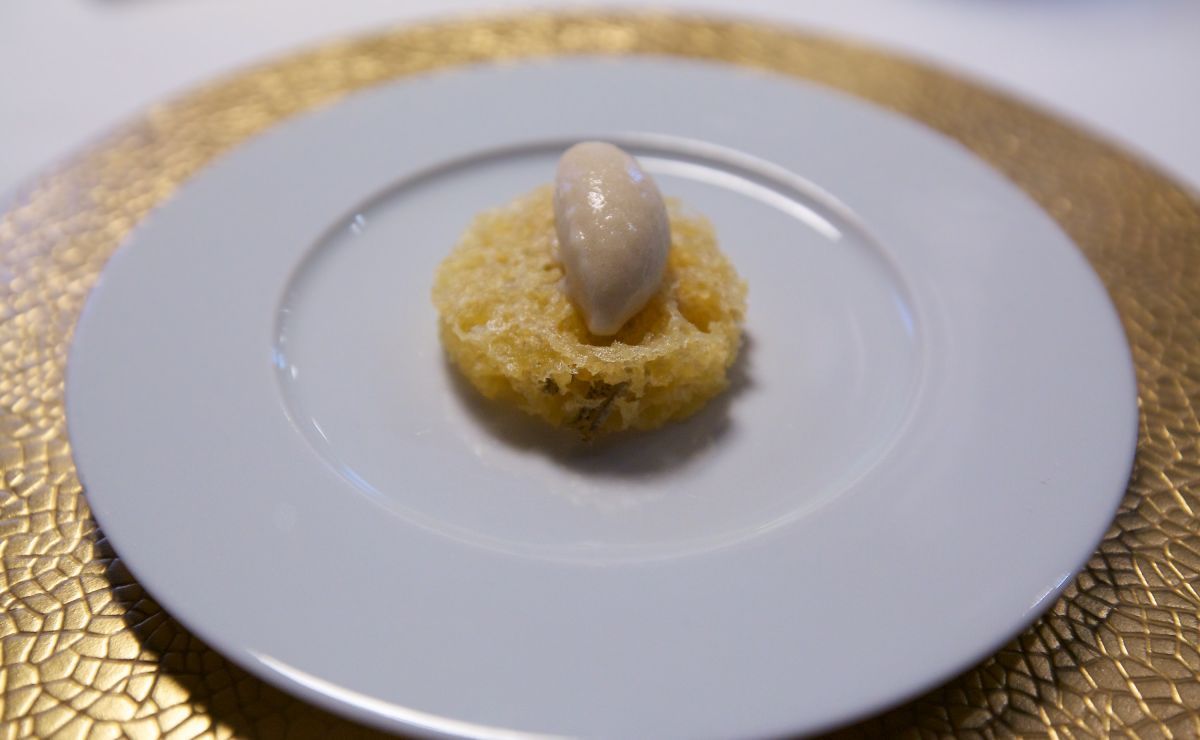 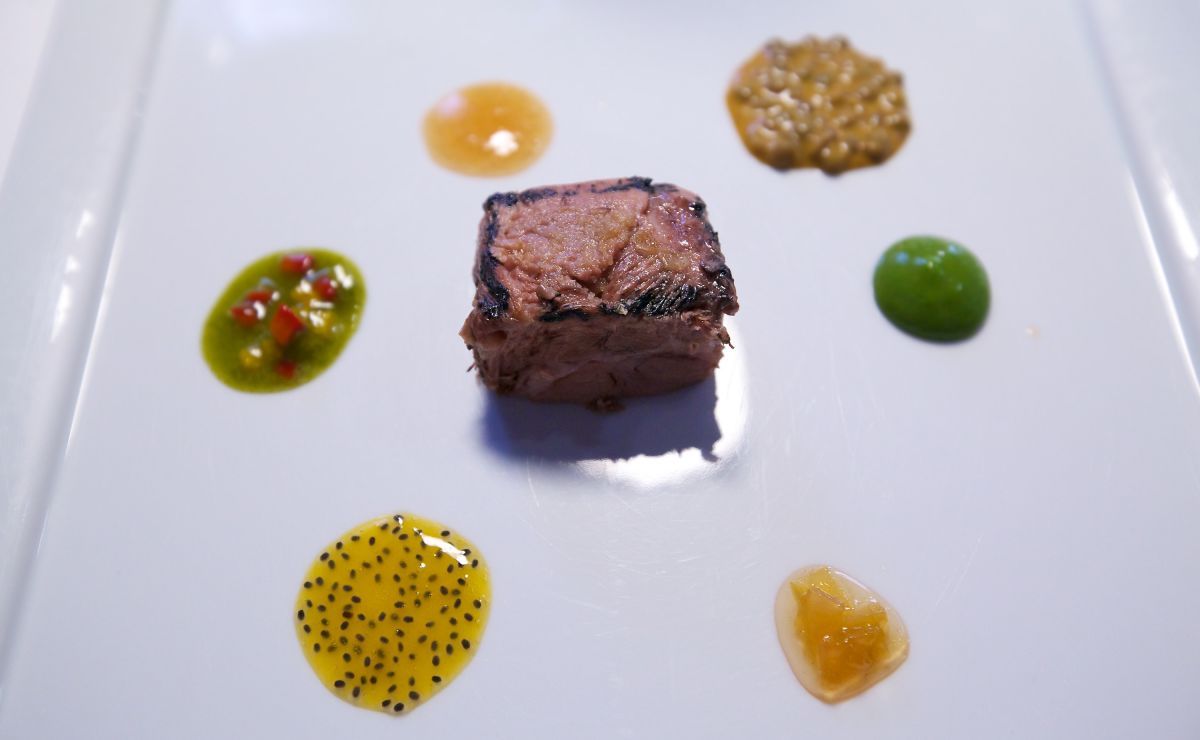 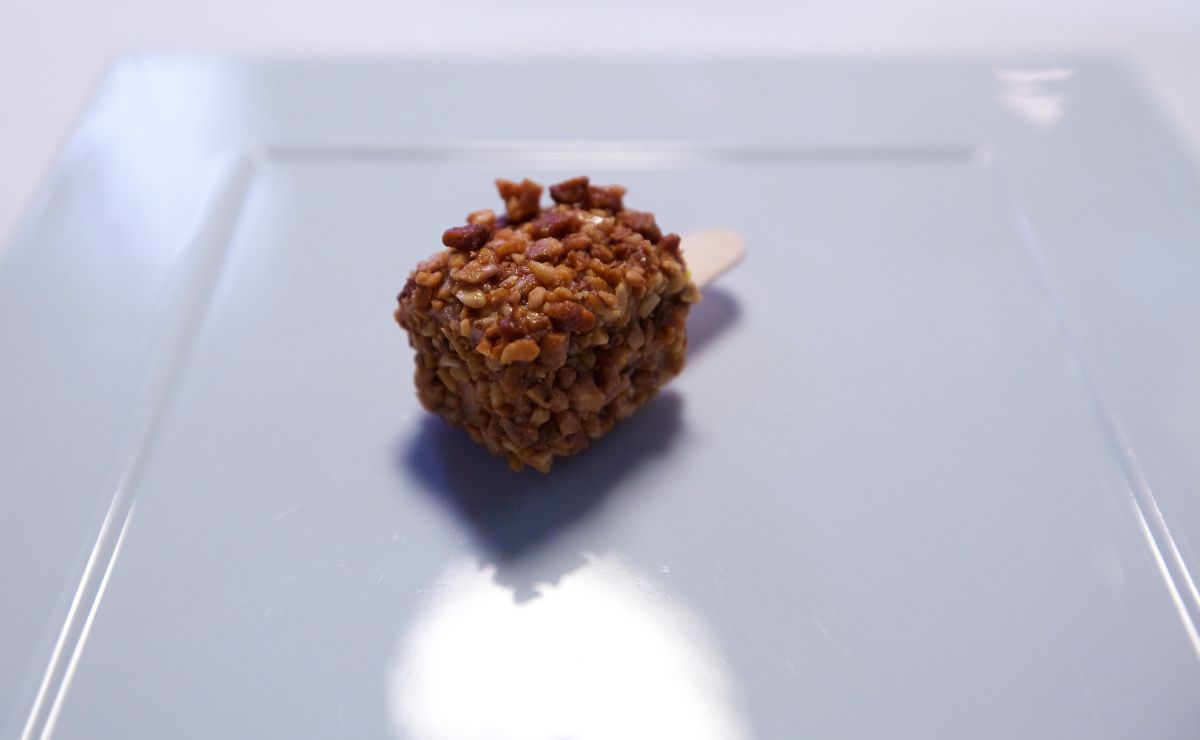 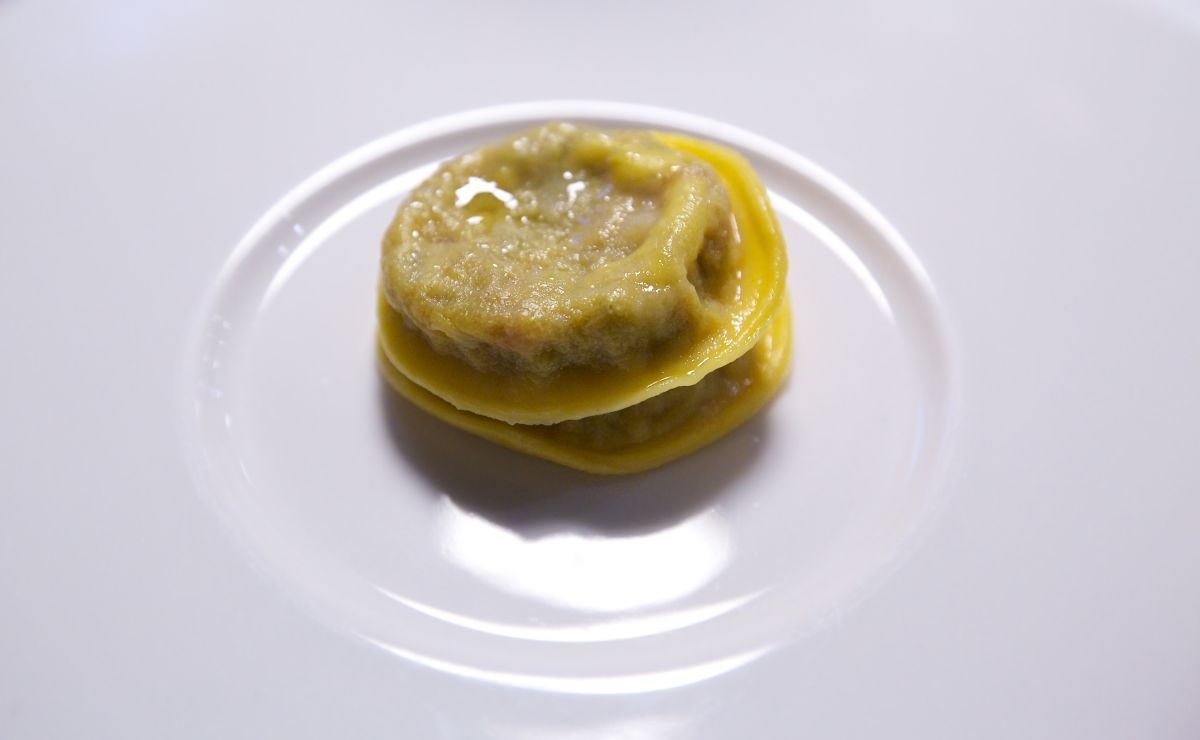 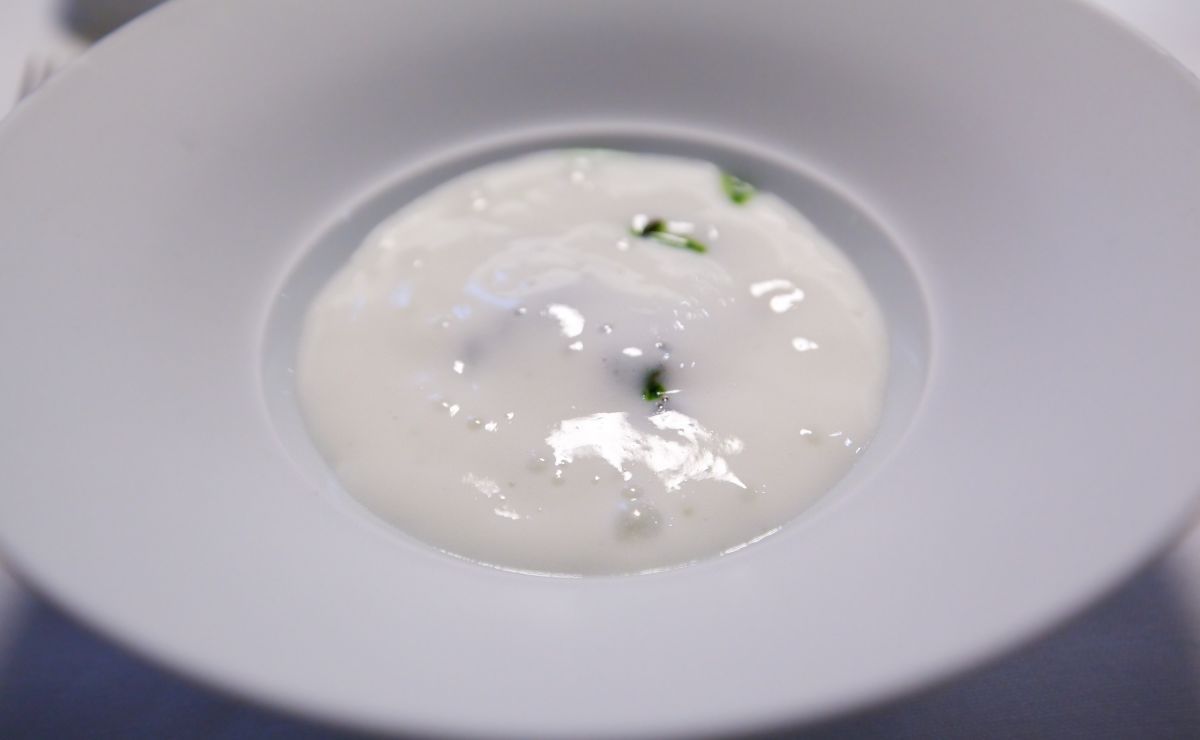 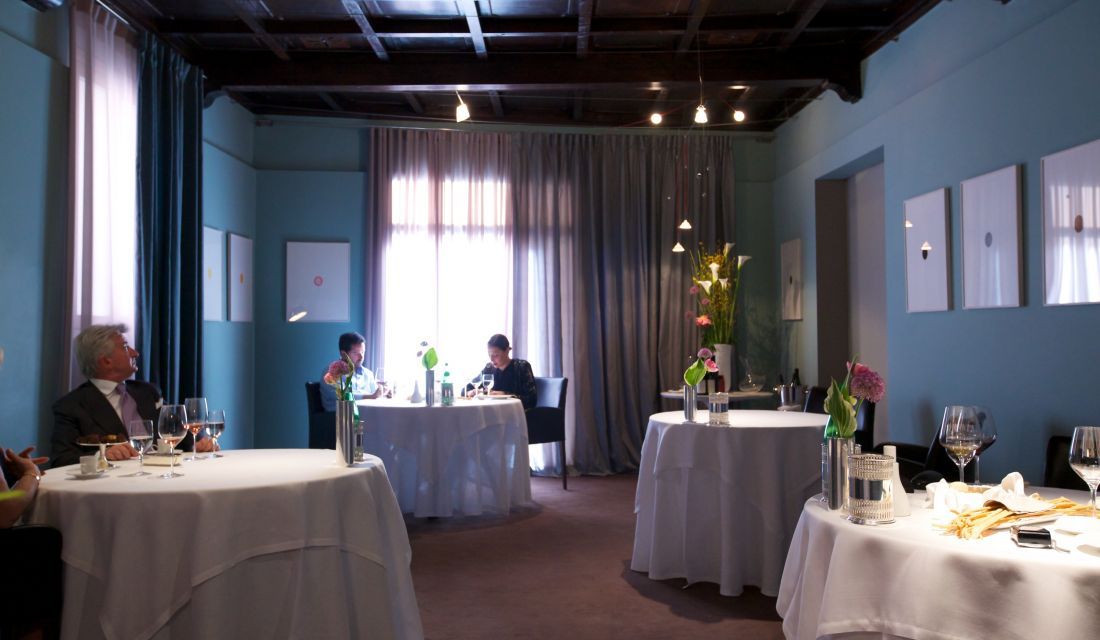 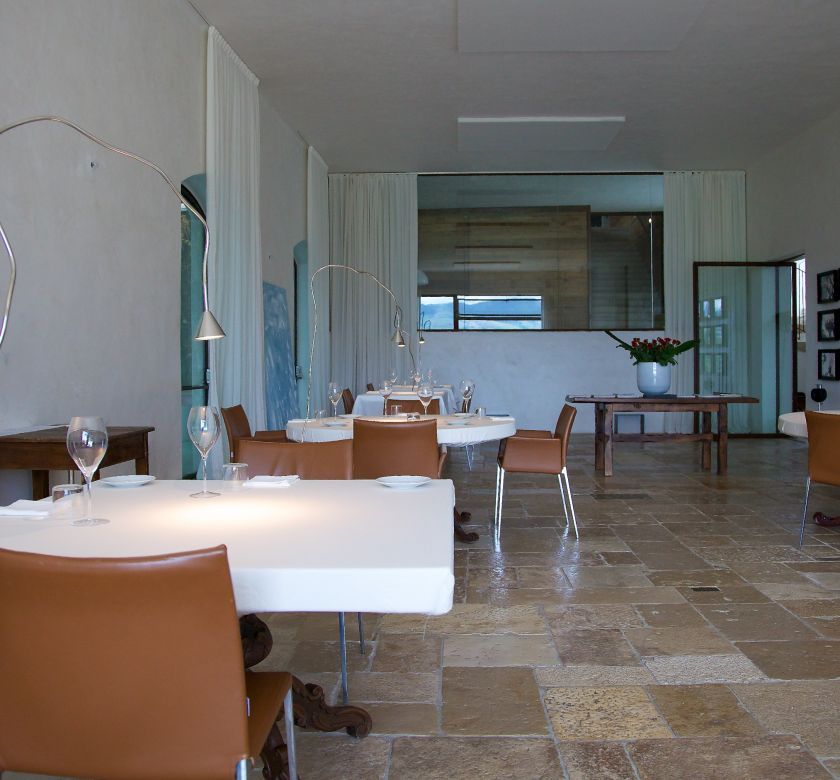 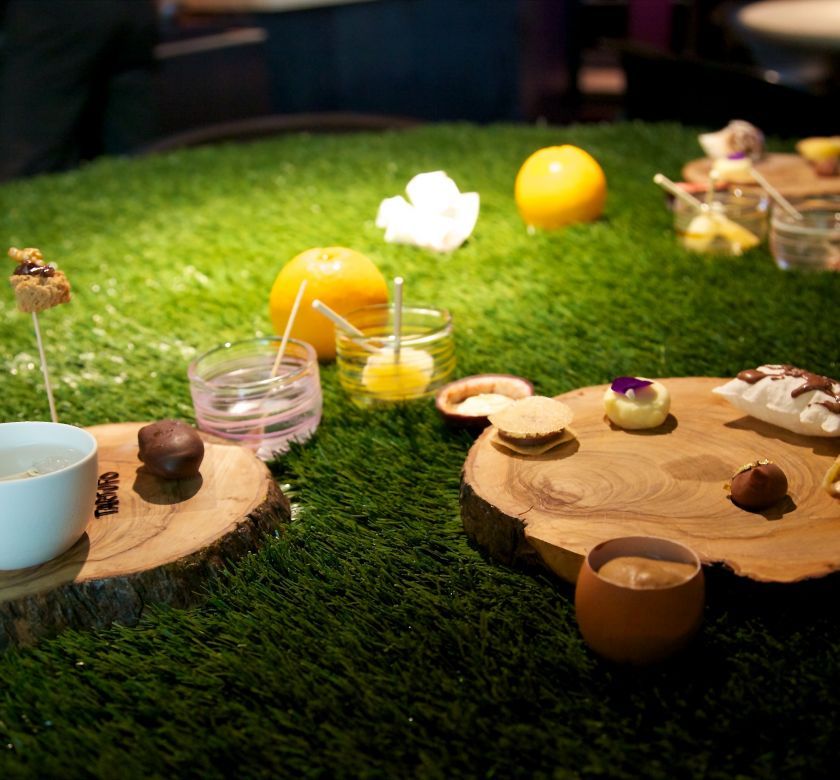 Massimiliano Alajmo was the youngest chef ever to have been awarded three Michelin-stars in 2002. One of Italy's most creative chefs, his restaurant Le Calandre continues to attract gourmets from all over the world with its playful food 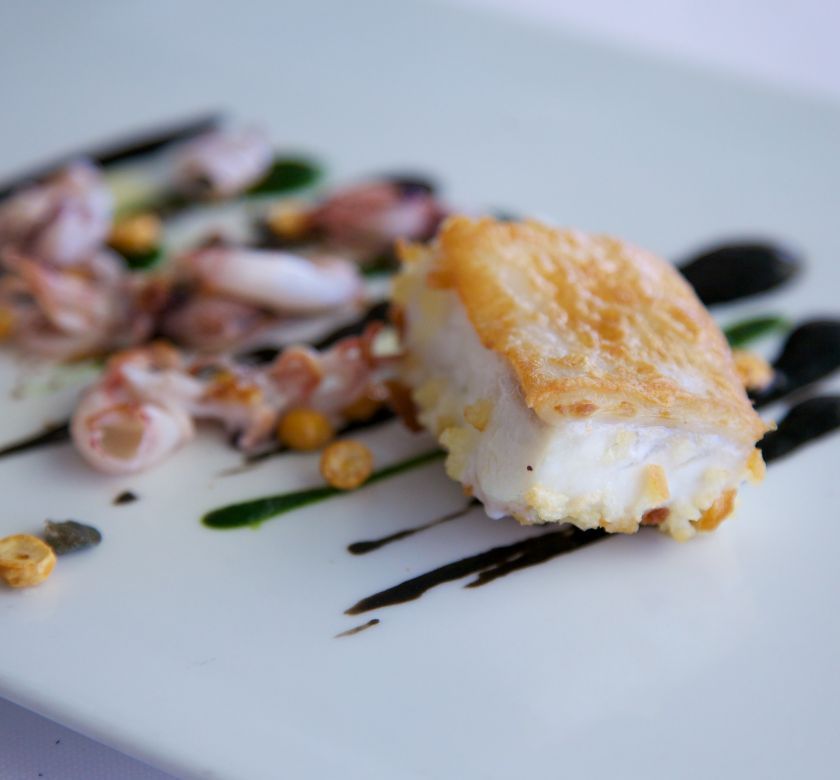 The seaside, a beautiful beach, and great food; if this sounds like your idea of paradise you will adore Uliassi in Senigallia.