Wolfgang Puck is as much an entrepreneur as he is a chef. Today you can eat anything from a pizza to a steak with his name on them anywhere in the States. No matter if you’re hungry at the airport or in Vegas, chances are, you’ll find an establishment of Puck in your area. To understand his empire however, nothing is more revealing than a visit to Spago.

Spago in Beverly Hill is as much part of LA as the Hollywood sign is. It is Puck’s first restaurant and remains hugely popular decades after it first opened. Bizarrely enough, it seems to have hardly changed and looks like its stuck in the ‘80s, but that seems to be what people want from it. Because to eat here, you have to accept certain things that are unique to Spago.

First of all, this place is nothing like the fine dining establishment you usually encounter. It’s big, it’s loud and it’s got quite a vibe going on. Don’t come here if you expect a quiet evening, but rather if you’re in a jolly good mood and want to see pretty much all you have to of this weird city. The food and wine are nearly reduced to the supporting roles, which is a pity.

Its a pity not only because the wine list here is impressive, but also because you can find quite a few bargains on it. As Puck is Austrian, you can find an impressive selection of Sine Qua Non for instance, which are of course made by his compatriot Manfred Krankl. Whilst the wine list is on the more impressive side of things, the food is much more simple.

As a matter of fact, it’s difficult to detect a coherent style at Spago. You can eat traditional Austrian dishes, or some fusion creations that blend Asian, Californian and European influences. Thus, when you are presented with the rather large menu, its a tough moment that faces you. One dish that Puck is rightfully famous for are the sweetcorn agnolotti. These are not only very well made from a technical point of view, but the flavours are sublime. Somewhat sweet, but kept in balance by a shaving of parmesan. Ordering this as a starter is not a bad idea at all.

Afterwards, one thing looks most promising, the goulash. One of the most famous dishes of Austria and Hungary, one that every grand mother cooks at home. Therefore it should be worth a try. As is to be expected, the meat is perfectly tender and tasty. However, there is no sauce and the spätzle are as dry and tough as they possibly could be. For a dish that lives from a rich, paprika-infused sauce, this is not all that impressive.

On the other hand, there is a braised short-rib. Now this is delicious. Again, the dish is served with pasta, which is fine but a bit monotonous. What steals the show here though is the meltingly tender and heartwarming meat. Luckily enough there is some sauce on the side of this, so you can add it as you please. If its the kind of dish that doesn’t quite fit in with LA’s health obsessed culture, its a wonderful main course, one that is as good as those agnolotti.

This is Spago in a way, it remains a mystery how the Michelin gave it 2*, but then again it is a unique restaurant. The crowds, the atmosphere, the funky room and the mostly delicious food all are part of what is probably one of LA’s most iconic spots. 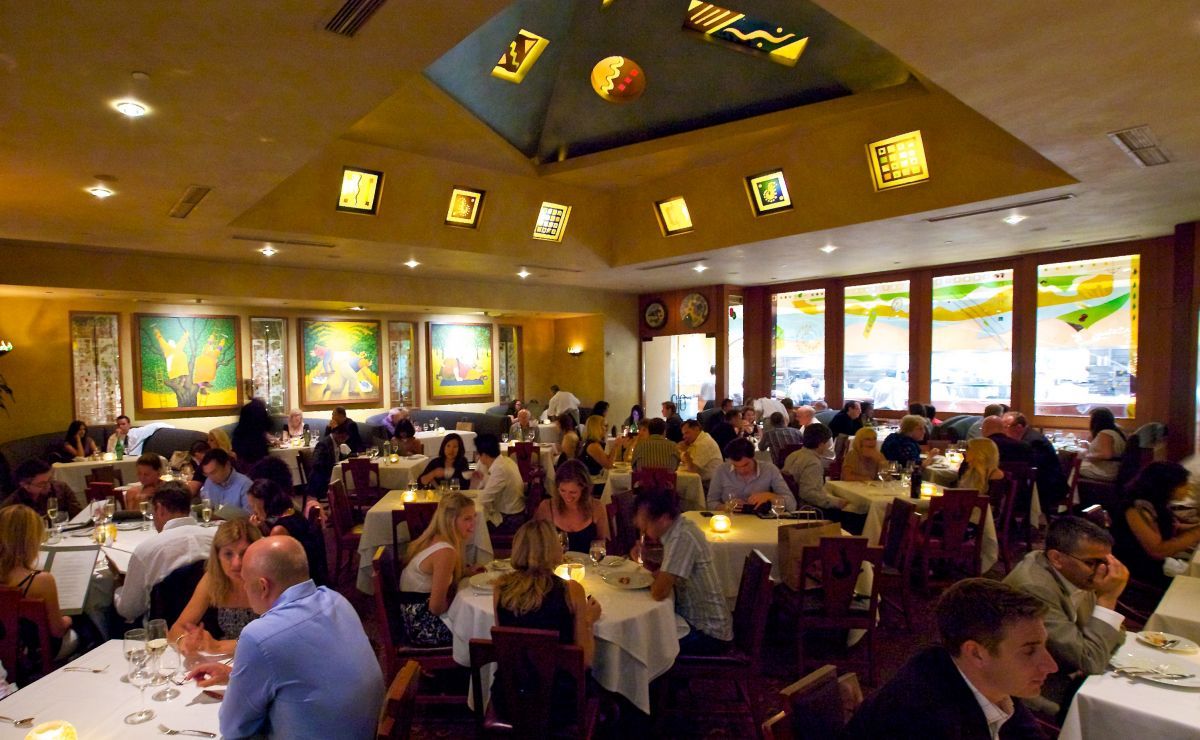 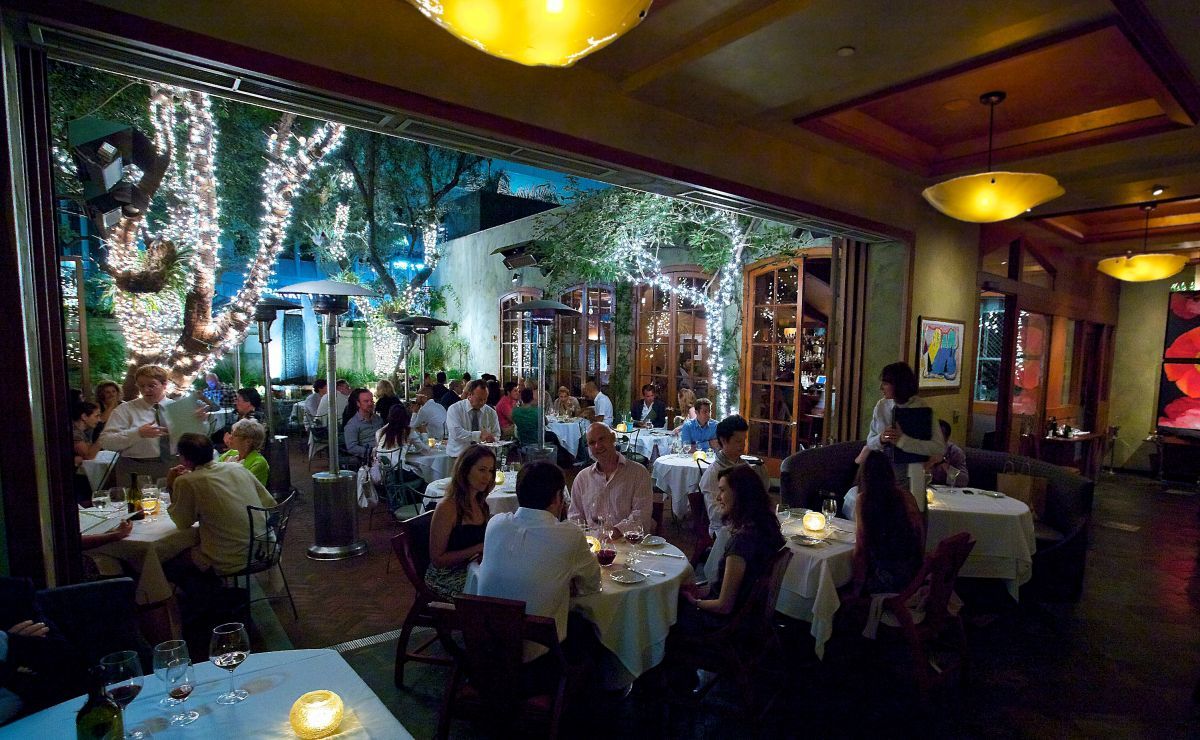 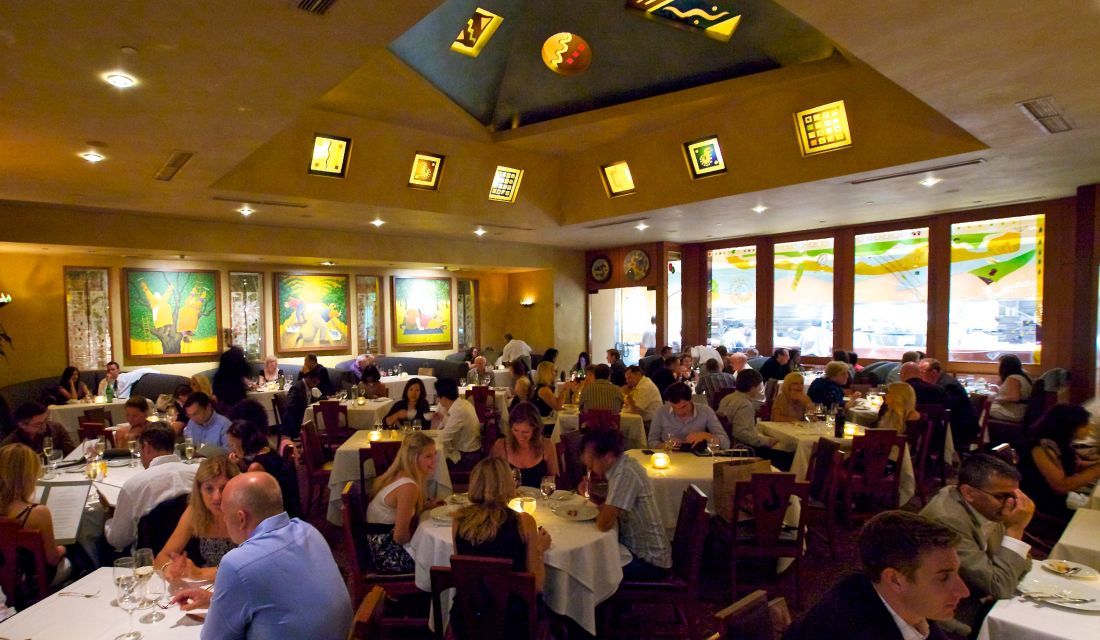