Perhaps the region’s worst vintage of the last decade, 2002 was not an auspicious year to inaugurate a new approach to wine making at Clos Saint Jean: but it did not deter the Maurel brothers. The 43 hectare estate that they inherited in 1982 boasts vines in some of the finest terroirs in the region, some over a hundred years old, and many located in the famous lieu-dit of La Crau. Yet the fruits of these great vineyards had never attracted much attention, as extended ageing in foudres and the practice of bottling the wine over an extended period lent the wines a rather rustic style.

In 2002, revolution in the cellar took place, as the Maurel brothers teamed up with consulting oenologist Philippe Cambie. Now, Clos Saint Jean’s Grenache is aged in tanks (which preserve its magnificent fruit), and Syrah and Mourvèdre are aged in smaller one- or two-year-old oak barrels. A new winery to the south of the town, completed in 2009, gives more precision to the wines’ upbringing. And these changes have been complemented by great dedication to attaining full maturity in the vineyard, as well as labour-intensive triage, where bad grapes are separated from good by hand before the wine is made. Clos Saint Jean is now usually one of the very last domaines to harvest in the appellation. Low yields are a mantra here, typically 25hl/ha for the regular cuvée and less than 20hl/ha for the special cuvées. Low yields, Vincent says, are particularly important in attaining good results from Mourvèdre and Cinsault. Vincent is adamant that the emphasis is on preserving the signature of terroir, which demands that the winemaker and winegrower adapt techniques to each specific lieu-dit: Clos Saint Jean’s approach, he points out, could not be transposed unaltered to the south of the appellation where conditions are different.

The results are there in the bottle. The wines of Clos Saint Jean have rapidly established themselves as thereference point for modern Châteauneuf du Pape. It is also, perhaps, at Clos Saint Jean that Philippe Cambie’s approach to winemaking finds its clearest exposition. These wines are a fascinating and compelling interpretation of Châteauneuf du Pape’s heritage and vineyards and add to the richness and diversity of this appellation. They are worth every effort to seek out and taste.

For the European market, Clos Saint-Jean produce four cuvées. The regular Châteauneuf du Pape is a Grenache-dominated blend, with Syrah in a supporting role. Even in this bottling, much of the fruit originates in La Crau, and it is a very compelling rendition of the house style, all about typicity, substance and ripeness, generally showing plenty of roasted herbs and black cherry fruit.

Alongside the regular cuvée, three special cuvées were introduced as part of the recent revolution at this estate. The cuvée Combe des Fous is made from Grenache vines between fifty to one hundred years old in Clos Saint-Jean’s southernmost holdings, where sandy soil gives softer tannins and what Vincent describes as a feminine style. A combe is a gently sloping valley, and when Vincent’s grandfather Edmund Tacussel planted there in 1905, people declared that only madmen (fous) would grow vines on a site where huge stones make for backbreaking work in the field.  This blend of 60% Grenache, 20% Syrah, 10% Cinsault, and 10% Vaccarèse typically boasts soaring aromatics and a more supple, ethereal style married with considerable power.

Deus ex Machina, a more masculine cuvée, contains 60% of Grenache from old vines in the colder, northern part of the estate, and 40% Mourvèdre. The latter variety attains remarkable richness and ripeness in the Maurels’ hands. These two cuvées are very different wines. This dark, brooding wine is magnificently layered and concentrated, and in vintages such as 2007 and 2010 it is about as profound as red wine can be.

A third special cuvée, the Sanctus Sanctorum, was produced in 2007, 2009, 2010 and (at the time of writing) 2012. This is a 100% Grenache wine from vines over one hundred years old, and only 700 magnums are bottled each year (350 for the US market, and 350 for the rest of the world) from a single demi-muid. This is one of the biggest, most extravagantly exotic wines produced in Châteauneuf du Pape.

Finally, in 2010 the Maurel brothers and Philippe Cambie collaborated with Manfred Krankl of Sine Qua Non to produce a wine called Chimere, a single 300-litre foudre of 93% Mourvèdre, 5% Grenache, and the rest white grape varieties. This wine was bottled in magnums, labelled in the United States, and sold via the Sine Qua Non mailing list. 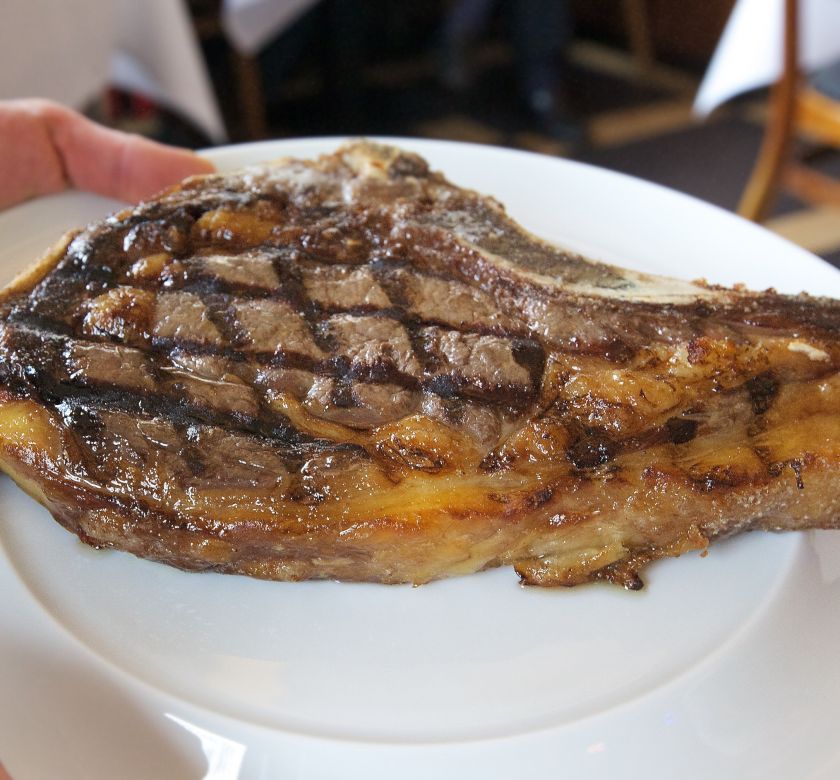 Traditionally a meeting point for local butchers, who visited the slaughterhouse opposite, La Paix is a Brussels brasserie that has been around since 1892.